Nicoson was one of the founders of the Connection Newspapers.

William Jarvie Nicoson, lawyer and first director of the New Community Assistance Program, US Department of Housing and Urban Development, died peacefully at his home in Reston on Sunday, July 7, after a long illness. He was 81. 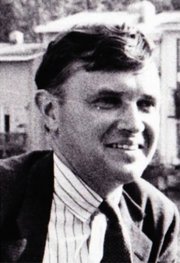 Mr. Nicoson, an only child, was born on June 1, 1932 in Pittsburgh, Pa., the son of Marion Jarvie and William McGarvey Nicoson. He graduated from Phillips Exeter Academy, Princeton University and Harvard Law School. He spent his junior year of college at the Sorbonne in Paris, where he studied acting with the director of the Comédie-Française. At Princeton, he was a member of the Army ROTC. He served as an officer in the US Army in Germany for two years.

After law school, he joined the law firm of Sullivan &. Cromwell and practiced law in New York. He assisted in opening its Paris office, where he practiced law for two years.

After working on Nelson Rockefeller’s campaign for the presidency, he came to Washington to be the first director of the New Communities Administration, which was created as a result of congressional legislation passed in 1970. When he moved to Washington from New York, he chose to live in the then-new community of Reston.

Unhappy with the lack of funding provided for the New Community program by the Nixon administration, he resigned in 1972. He began a legal practice in 1972 in Washington, D.C. and worked as a consultant on international finance, institutional design, community development and urban governance around the world.

Nicoson wrote extensively about the new community programs and finance and development issues. He participated in many professional conferences and taught a course in new community planning at the New School in New York City with Reston developer Robert E. Simon, Jr.

Nicoson was one of the founders of the Connection Newspapers in Northern Virginia and served as its publisher for a number of years. He wrote a weekly column for five years, and, subsequently, wrote a monthly column for the Reston Times.

Nicoson had a tremendous love of the theater and as a teenager wrote reviews of New York plays for his hometown newspaper in Indiana, Pa. He acted in numerous amateur productions produced by the Reston Community Players, served on the board of a Washington Theater Company, reviewed plays for the Helen Hayes Awards, and wrote seven plays. He began to study the piano at an early age and progressed well enough to play at his Exeter graduation. He frequently entertained his family and guests with both classical and ragtime pieces.

As a Reston resident, he was very active in the community, serving on the Reston Association Board of Directors and participating on numerous committees.

He helped create numerous community organizations and served on their boards including the Greater Reston Arts Center, Planned Community Archives, Celebrating Special Children, and the Reston Historic Trust, where he served as president for 10 years. He was recognized for his many community contributions by being awarded the prestigious “Best of Reston” award in 2002.

Nicoson was a voracious reader and an avid chess player. He was a member of the Cosmos Club chess team and its champion for several years. He led the group in playing against the chess teams of other clubs in Washington and London. He took a great interest in food during his years in Paris and put his gourmet talents to work cooking to the delight of his family and friends.

Nicoson was a member of the St. Anne’s Episcopal Church in Reston and the Cosmos Club of Washington, D.C.

He is survived by his wife Patricia McLaughlin Nicoson, the president of the Dulles Corridor Rail Association; stepchildren William Todd Fairbairn and Mary Fairbairn Morgan; and five grandchildren. His marriage to his first wife Jacqueline Robb ended in divorce.

A memorial service is planned for the fall.