Robinson Stands Up to Cancer
Votes

Robinson Stands Up to Cancer 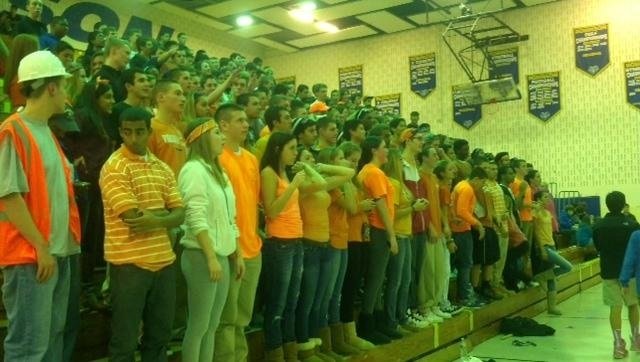 Students from the senior class of 2012 at an Orange-out for Leukemia at the Robinson boys' varsity basketball game on Friday, Dec. 7, 2012. Photo Contributed

Robinson Stands Up to Cancer, a series of events put on by students at Robinson Secondary School, reached out to the community to raise money for cancer research and treatment, while raising awareness about those in need. 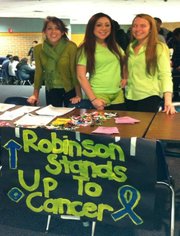 Goals of the project were to raise $5,000 for cancer treatment and research; to establish partnerships with multiple organizations to expand relations with the Robinson Distributive Education Clubs of America or DECA chapter (which aims to teach students marketing, management and entrepreneurship); and to raise awareness on all cancer types through "awareness days."

The beneficiary for the student efforts is the Stand Up to Cancer organization. One of the major DECA supporters is the Future Business Leaders of America ASK project. This project is also dedicated to helping families suffering from cancer diagnosis. The ASK project collected gift cards for the Children’s Hospital for over a month, finishing this event with a Benefit Concert. In helping promote this gift card collection drive, ASK was able to collect over $1,000 for their cause.

The students had a second and third objective as well: to raise community awareness through partnering with community organizations and to benefit the entire Robinson Secondary school community and the local Burke community as well.