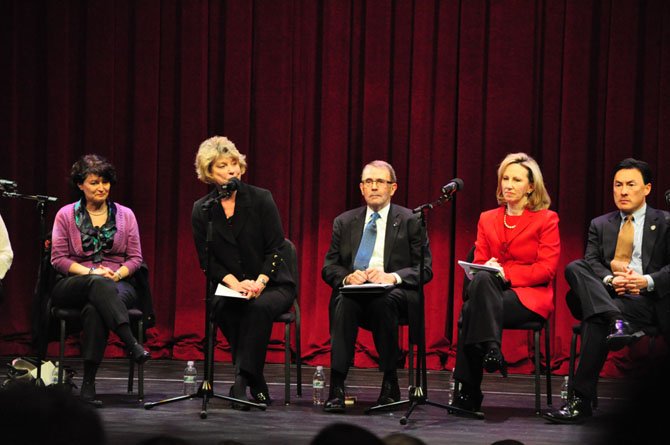 The General Assembly’s session will begin Wednesday, Jan. 9. Since 2013 is an odd-numbered year, the session is scheduled for 30 days, with the possibility of an extension of up to 30 additional days.

Favola said Medicaid expansion is one of her top priorities, and she hopes the General Assembly will “take a stand” this session and get it through.

“In my view, Virginia has an opportunity to take great steps forward to protect some of our most vulnerable and very low-income individuals by participating into the Medicaid expansion programs,” she said. “Virginia has a very skeletal Medicaid plan, to increase the actual number of individuals eligible for Medicaid, about 400,000 people, and the cost would be covered 100 percent by the Federal Government for the first three years, and then 90 percent matched by the government.”

She also said she is hoping to ease the transition for foster children after they turn 18.

“We are losing some of our foster children when they turn 18 and when they don’t have that safety net to ensure that they’ll be able to go on to college or job training, they could end up being homeless and never becoming productive members of society,” she said. “It is such a worthy cause.”

Comstock says she will re-introduce a bill to allow schools to choose their own start dates, and she supports the 2 percent salary raise for teachers, with a caveat.

“I think it needs to be tied to some reforms. I’ve talked with teachers and different groups about their concerns over who does the evaluations and what the process is, so I think we need to work with the teachers and education community on that,” she said.

Comstock says she will also fight to ensure sales taxes in the area helps fund improvements in this area.

“I support having more of our state sales tax money stay here in this area, that is a net gain for Northern Virginia. The money we send down to Richmond, we’re not going to get that same amount back for other things,” she said. “When you look at transportation investments, we know that it’s going to be good for our entire economy.”

She also said she is working to introduce a bill about Lyme disease, which she hopes will improve diagnoses and care for patients suffering from the disease.

“It’s a bill that’s going to provide information about the test for Lyme disease. We don’t have the final language down yet, but we’re working with local Lyme groups to make sure we have the right bill,” she said. “There’s a high false negative rate with Lyme disease. You go in there, take the test, and it comes back saying you don’t have it. But you have all these symptoms, and doctors tell you that you could have other problems, and they’re not treated in a timely manner.”

Comstock’s bill would inform labs about the rate of false-negatives to help patients get the correct diagnosis.