Revisiting the time and a place “where ideas mattered most.” 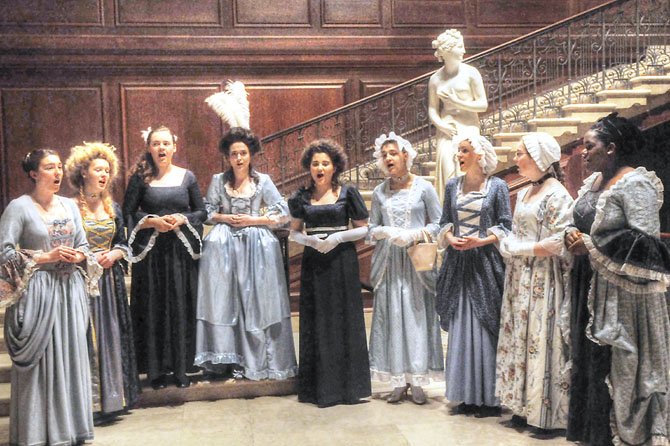 Vocal performances by students fill the air in Clarks Landing at the Corcoran Gallery of Art on Saturday afternoon. Photo by Louise Krafft. 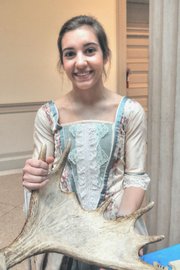 Nicole Bruner acts the part of a naturalist and one of Thomas Jefferson’s daughters. 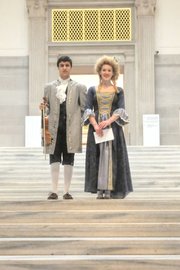 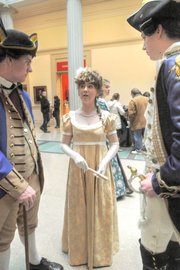 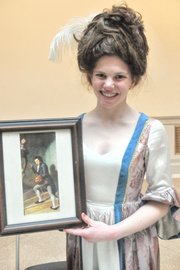 Fiona Mulholland portrays an art student in the late 1700s in the McLean High students’ presentation of the Salon Project at the Corcoran Gallery of Art on Saturday afternoon.

Beginning in 1992, Dean Howarth, a physics teacher at the high school, formed Project Enlightenment as a historical interpretation society and it is now a fully credited Living History class. For the Salon Project, students created an 18th century salon in the rooms at the Corcoran Gallery. Natural Philosophy in the Salon Scientifique was interpreted and displayed in a first floor gallery. Hostesses explained the dynamics and culture of the Salon as guests were led upstairs for cultural performances. A thespian (Julia Barton) entertained, Emmanuelle Thieme sang an opera aria and choral groups sang on Clarks Landing as part of the afternoon activities.

“During the late 18th century, urbane men and women participated in an intellectual and social atmosphere that became known as the Republic of Letters … a place where ideas mattered most, and where the sharing of ideas and creativity became the intellectual commerce of true Enlightenment.” The social gathering of open-minded and impartial “citizens of the world” took place in the salons. Often organized by independent, intelligent and curious women, the salons were frequented by artists, scientists, writers, philosophers and politicians.