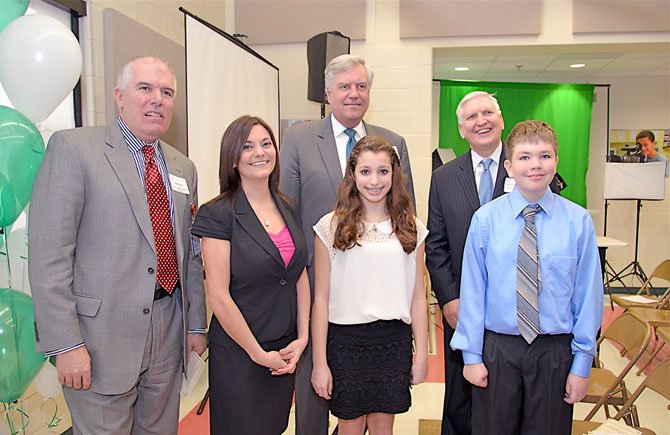 Talk about a lasting impression—and the impact that a great teacher can leave behind as her legacy. Chris Shumway didn’t keep in touch with Candace Leyton, his third grade math teacher from Wolftrap Elementary School in Vienna, who passed away from breast cancer in 2003, but nearly 40 years later, Shumway was back at school to dedicate the Candace Leyton Innovation Learning Lab in honor of the woman whom he says “believed that I could be so much more.” Leyton obviously saw something in the young boy who admits, “I didn’t really have any academic goals. I was all about sports. But in that one year, Mrs. Leyton, with her infectious ways of teaching, changed my life and set me on a whole new path.”

“Mrs. Leyton, with her infectious ways of teaching, changed my life and set me on a whole new path.”

In 2009 Shumway returned to his elementary stomping grounds and asked then Principal Anita Blain if he could donate something to commemorate the woman who had made such a difference in his life. Blain suggested a bench for the school’s courtyard. Shumway made a counter-offer. “What about a building?” And from there Shumway and Blain came up with the idea of a dedicated space where students could develop their creative thinking. “This lab is a place where the kids can innovate, not just be ‘repeaters,’” said Blain. “It offers the opportunity to learn in a way that is geared for today’s environment but takes into account the individual gifts of each child.” 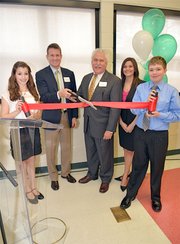 GOOD THING no one was taking attendance at the dedication ceremony. The crowd was so large that it was standing room only in the lab. Using their new equipment, live streaming video was sent throughout the building so that all of the students, staff, parents and other visitors could watch the proceedings. Band Director Emily Morgan led a group of talented student musicians in several pieces as the ceremony began. Principal Teresa Khuluki called the classroom to order with her welcoming thanks and remarks. “Our school’s theme is innovation, not just education,” said Khuluki, “and this Learning Lab is a true example of that theme come to life.” Khuluki gave numerous examples of how the room and its equipment will be used by all grades and for all subject matters before introducing two student presenters who were ready and willing to demonstrate Wolftrap innovation in action.

Leah DeFreitas recited her moving original poem, “Innovation.” Fellow sixth grader Will Hertzler’s stop-action film using Lego figures to depict the dedication was a real crowd-pleaser. Superintendent of Schools Dr. Jack Dale, who spoke after the student presentations, couldn’t praise their efforts enough. “This shows that sometimes we just need to get out of their way,” said Dale, “and give them the space to collaborate and innovate.”

The late Mrs. Leyton’s husband Peter was also on hand to assist with the official ribbon cutting and to thank everyone who kept his wife in their hearts and memories. “Candy taught for 24 years at Wolftrap. I always told her that she was making a difference,” Leyton remarked. “And just look around you.”

After the ribbon cutting, the school’s All County Chorus members treated the attendees to a performance of the song “Discovery.” A luncheon followed the event, but quite a few of the visitors put dining on hold while they explored the lab and learned more about the technology from Matt Campet, the school’s technology specialist.

THE CANDACE LEYTON INNOVATION LEARNING LAB was built with an $800k grant from the Shumway Foundation. Peter Leyton has provided an additional amount to fund three years of staff development to allow the teachers to improve their own skills and talents.