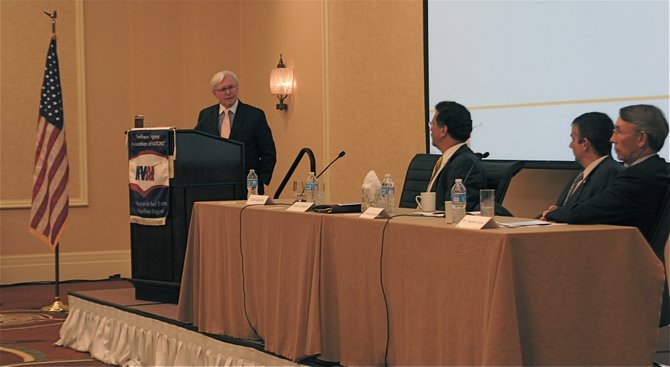 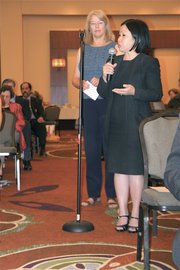 Genie Giao Nguyen, president/CEO of Voice of Vietnamese Americans, takes to the mic with several questions for the panel. Nguyen attended the summit primarily to gather information for her weekly radio show, broadcast in Vietnamese. "Home ownership is important in our culture," said Nguyen. "We have a saying. 'An Cu, Lac Nghiep,' which means you cannot advance in your career path or in life until you are settled."

The Northern Virginia Association of Realtors (NVAR), in partnership with the George Mason University Center for Regional Analysis hosted their Annual Economic Summit at the Mason Inn Conference Center. The housing market is a key driver of the economy and home ownership is almost synonymous with the “American Dream,” so it’s no wonder that this year’s distinguished panel played to a packed house of realtors, brokers, economists and area business people.

To date, Northern Virginia has experienced less of the unemployment and home foreclosure traumas that have plagued other parts of the country. The area continues to be the place where most domestic migration occurs. More people move in—and out—of Northern Virginia and the D.C. Metropolitan area than anywhere else in the country, a fact that leads to a busy, but often confusing, housing market. The conferees gathered in the Mason Inn Ballroom were there to determine if recent positive trends would continue and to gain a heads-up as to what issues of importance may be lurking just around the bend. 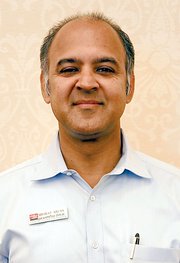 Sharat Ahuja, realtor, Long & Foster, Fairfax, and Terra Firma Realty Group “I work mostly in the Fair Oaks area, the 22030, 31 and 33 zip codes. What I see are prices going up overall, slowly. Not as fast as areas closer in, but still improving. Inventory is very low. Some people are waiting to see prices getting back more to 2005-2006. But if a house is priced right, it can sell quite fast.” 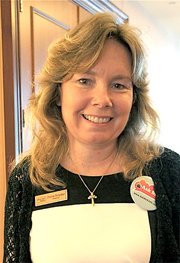 Christine Richardson, realtor, Weichert Realtors, Great Falls “My primary market is the Route 7 corridor. McLean, Great Falls, Reston, Herndon, Sterling. What I am seeing is this year has been much stronger for sellers. More buyers, fewer sellers, which I think is a good thing. It doesn’t necessarily translate into much higher prices. For sellers who are realistic about pricing and stage the house properly, we’re finding that they are getting very good, quick sales. The benefit so far is in the quick sale. Priced right, staged right, offered in the right market and we have gotten sales within 10 days.”

There was good news. Statistics supported the positive trends being felt in the area markets. A 7.89 percent increase in home sales in 2012 vs. 2011 YTD. A 21.43 percent decrease in the average days on the market for the same time period. Several of the panelists presented documentation showing that housing prices in close-in communities like Alexandria and Arlington have returned to near pre-bubble burst levels, while other areas are seeing a more modest, but welcome increase. “There is a shift in buyers’ psychology,” said Dr. Fratantoni. “More optimism.”

One factor driving the higher prices and lesser selling times is the supply crunch. The relatively low unemployment rate in the area, the higher-income profile of many Northern Virginian workers, and the slowdown in new home construction have all contributed to the imbalance between supply and demand. An NVAR Home Sales report from August 2012 listed the housing supply as being down by 33.83 percent compared to last year, equating to only about a two-month supply. Virginia’s better-than-average performance in the housing industry can also thank the state’s guidelines on foreclosure proceedings, which are slower and more measured than many others, including Maryland and the District of Columbia.

The presentation by Carol Galante was met by applause on several occasions, particularly when she spoke of new guidance taking immediate temporary effect that would aid in the purchase of condominiums, putting in place an exemptions process to address what many believed to be overly strict regulations regarding the ratio of commercial space to a condominium project. Galante also assured the crowd that the FHA was “mindful of credit overlay. We are working with our partners to help lenders and see if they can loosen up a bit.… and we are looking at ways to make short sales easier.”

THE TOPIC of rentals versus home sales sparked interest in the crowd. In an uncertain economy, rentals have been understandably on the rise. There was also agreement among the speakers that the newest generation to enter the workforce is not as motivated to buy as previous generations. “When we were coming up,” said Dr. Fuller, “buying your own home was a motivator. Today’s young workers don’t see it that way. They don’t necessarily see housing as a good investment. They also seem to like the flexibility of renting.” The general conclusion of the panel was that many renters would ultimately become homeowners, but that the gap between renting and owning would be a longer one and require adjustment by the industry. 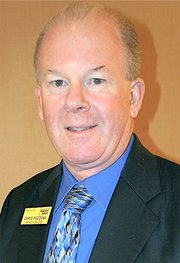 Chris Pezzana, associate broker, Weichert Realtors, Reston “Overall, I think the economy in our area is doing well. I think the prospects for the future are excellent. I think we should be optimistic. Nationally, it’s getting better, in areas that were the hardest hit we see improvements.”

Despite a generally positive outlook, the panelists addressed a number of serious speed bumps on the immediate horizon, not the least of which being the federal budget “fiscal cliff” looming in January 2013. Known as sequestration, the “cliff” refers to the massive tax increases and federal spending cuts that will be mandated unless Congress acts quickly. As the NVAR Deputy Chief Lobbyist Jamie Gregory pointed out, “Not much will be happening until after the election, during the lame duck session. And there is so much that needs to be addressed. Expiring Bush era tax cuts, payroll tax cuts, the 2007 mortgage cancellation that expires on Dec. 31, the debt ceiling.” Gregory also noted that getting things done on these issues in Congress is further hampered by the lack of institutional knowledge among its members. “Since 2006,” he said, “50 percent of the Congress are freshmen. And if projections are correct that the upcoming elections may yield no clear majority, that makes it even harder to get things accomplished.”

Dr. Fratantoni reminded the audience that job creation and stability were still the cornerstones of a healthy housing market. Northern Virginia can currently boast some of the best employment-related figures in the nation. If sequestration is not avoided, however, the consequences for Virginia could be dire. In a July 2012 report, panelist Dr. Stephen Fuller concluded that Virginia could account for nearly 10 percent of the estimated 2.14 million jobs that could be lost. 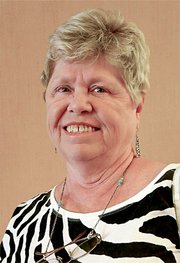 Candy Clanton, broker, Clanton & Associates "I think the market is in great shape, moving well. I don’t work with short sales. I do help a custom builder who sells in the million plus range. I have sold seven over-a-million homes in the last four months. And my re-sales are also doing well. I listed a home in Burke three weeks ago on a Friday, and had three offers by Monday. If it’s priced right and shows well, it’s selling. When the market slowed, I took on rentals.”

The first question from the floor during the Q&A brought a laugh from the audience, but a serious response from moderator Kenneth Harney. The question? Which party in the White House would mean the faster recovery. Harney’s reply? Both parties “were ignoring the elephant in the room. Housing didn’t even get a mention at either of the conventions, and yet, the health of housing and real estate is essential to the economic health of the country.”

Deputy Chief Lobbyist Gregory added, “The action, or the inaction, will be in Congress, not the White House,” but he assured the assembly that the NVAR would certainly do everything in its power to aid in a detour away from the cliff, allowing the Northern Virginia housing market to continue along its slow, yet steady path of recovery.