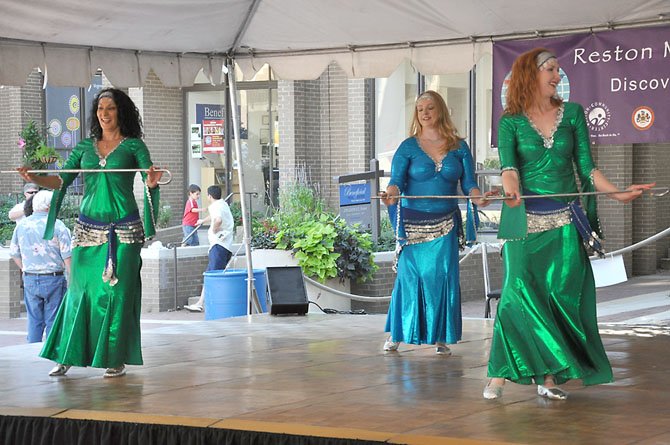 Reston — Lake Anne will host Reston’s annual Multicultural Festival Saturday, Sept. 22 from 11 a.m. to 6 p.m. The event is designed to celebrate Reston’s diversity, with live performances, arts and even a book fair. A signature part of the festival the past few years has been a naturalization ceremony for recent immigrants to the United States. 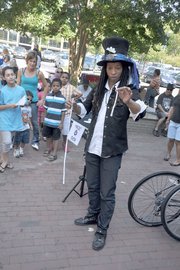 The ‘Amazing’ TEO performs a magic trick at the Reston Multicultural Festival. He spent the festival wandering around the Lake Anne Village Center performing various tricks.

After the ceremony, live entertainment will take place on two stages, as well as in the Reston Community Center Lake Anne. Acts will include: Korean Martial Arts, Hawaiian ukulele and dance, Indian classical dance, Chinese opera and more.

“The entertainment at the festival is top notch, especially things like Indian dance, which I was not at all familiar with,” said Jim Grady of Reston, who has been a regular at the festival for years. “Along with the Asian festival, which used to take place at Browns Chapel, this is my must attend event for the year. And

now that the Asian festival moved on [to the campus of George Mason University], this is the best way to experience these cultures.”

Food from India, Italy, Japan and Thailand will be available, as well as items from South America, Africa, Asia and other locales, several of which support community programs in the other countries.

For example, E3Kids International, which supports a school for orphans in Mombasa, Kenya, will have hand-made Kenyan items.

“I think it’s very appropriate to call it a ‘multicultural’ festival and not an ‘international’ festival,” said Raj Singh of Reston. “Because what everyone is bringing here is not the just traditions and culture of their people, but the traditions and culture that they are a part of here, in America. It shows just how appealing a place like America, and Reston, really are, despite lots of news reports to the contrary.”

More information on the festival can be found at http://restoncommunitycenter.com/MulticulturalFestival.shtml.