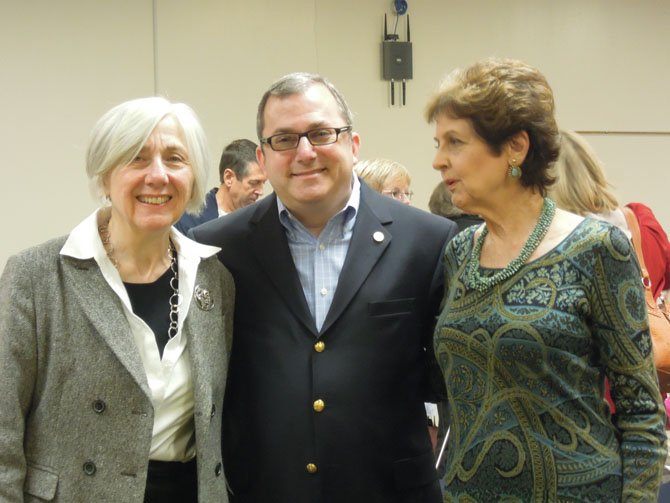 Mount Vernon — Child sex trafficking, a global epidemic, has not been a problem commonly associated with suburban Northern Virginia, one of the nation’s most affluent regions. That all changed with the recent convictions of several members of violent gangs, like MS-13 and the Underground Gangster Crips (UGC), who were charged and sentenced for trafficking teenage girls into prostitution in the commonwealth.

“It was in our backyard, who would have thought it could happen here,” said Catherine Krebs, president of the Mount Vernon branch of the AAUW, at a meeting on child sex trafficking at Sherwood Library on Thursday, Oct. 11. 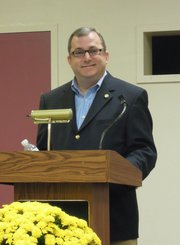 Last month following the sentencing of Crips gang member Justin Strom, Neil MacBride, U.S. Attorney for Eastern District of Virginia, said that young girls are [seen] as commodities and fraud, flattery and force are used to lure them into child prostitution.

The victims in the Virginia cases were enticed into the sex trade through social media websites such as Facebook, MySpace, and Datehookup; in person at Metro stations and bus stops; and in area high schools and a juvenile center, according to court records.

State Sen. Adam Ebbin spoke about child sex trafficking at the AAUW-sponsored meeting: “Human trafficking happens, it can happen close to home and when a situation seems odd pay close attention.” He pointed out the need to better equip teachers, administrators and counselors to detect, prevent and report cases like this in the future.

Ebbin is one of several Virginia legislators who have taken up the issue of bringing awareness of human trafficking and child sex trafficking in the area. He introduced a bill that was signed into law by Gov. Bob McDonnell earlier this year, requiring the State Board of Education to provide awareness and training on human trafficking of children to local school divisions across the state.

The National Center for Missing and Exploited Children estimates that at least 100,000 children across the country are at risk of being sexually exploited each year. The average age of entry into the commercial sex industry is between 12 and 14 years.

“Training and sharing information is always a great starting point for any state trying to crack down on trafficking,” said Taryn Mastrean, director of communication for Shared Hope International, a national non-profit that was created to rescue and restore women and children in crisis.

“It is important that perpetrators can be charged and identified as sex traffickers,” Mastrean said.

Ebbin said that many of his colleagues [in the Virginia General Assembly] feel that existing law is adequate to address the range of foreseeable offenses.

“As more cases are discovered there may well be an appetite to take another look ahead at creating a specific new offense,” Ebbin said.

Jeanne Gayler, project director for the human trafficking issue for AAUW, organized the event at the Sherwood Library.

“AAUW is a wonderful launch pad to bring awareness of the issue,” Gayler said. She thinks it is a good fit with the organization’s mission statement to “advance equity for women and girls through advocacy, education, philanthropy and research.

“A lot of our members are teachers and they have similar concerns,” Gayler said. “Just the thought of a young child, boy or girl, in such a situation; I just got motivated to try to do something.”

Gayler hopes that they can engage other chapters of AAUW and get them involved in raising awareness of the issue.

“There are about 1,000 chapters [of AAUW] around the country and that would constitute a force. If we all came down to the school and say let’s get going on this, it could have an impact,” Gayler said.

When asked what the public should know about trafficking, Shared Hope International’s spokeswoman Mastrean said, “They can do something to change it. Sometimes there is premise that this is such a big issue it is hard to do anything about it. But we know that even one advocate can become a catalyst for a lot of legislative efforts and a lot of changes.”