A Three-way Race in 10th District 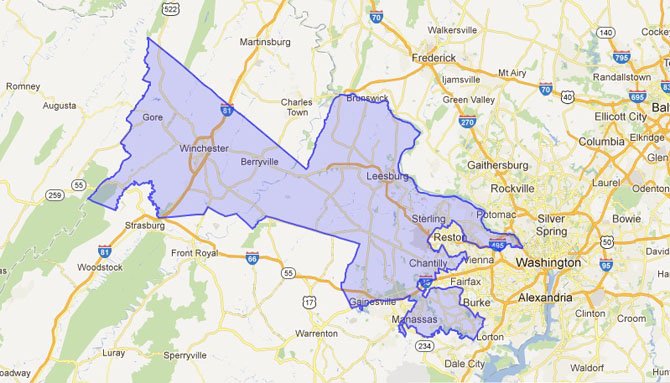 Rep. Frank Wolf (R-10) is attempting to be re-elected for a sixteenth term come Nov. 6, but he will face two challengers in Kristin Cabral (Democrat) and Kevin Chisholm (Independent).

The 10th district was altered due to 2010’s redistricting, with large areas adjacent to Route 66 lost from Gainesville to Strasburg. Closer to Fairfax County, areas east of Manassas to West Springfield were added to the district, including sections of Fairfax Station. 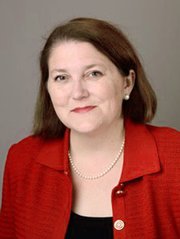 Kristin Cabral is a native of New Jersey, and moved to Northern Virginia in 1995. She received her bachelor’s degree from the University of Michigan and her law degree from Harvard. She has worked as federal prosecutor for the Department of Justice, a clerk for a federal judge and a law professor teaching legal writing at George Washington University. She also serves on the board of trustees on the Fairfax County Public Library Board. She lives in McLean and is married to her husband Joe. They have a son and a daughter.

CABRAL is a Harvard-trained attorney, who was the first in her family to attend college. She says she is running to "cut through the partisan gridlock" in Congress and plans to focus on strengthening education, economic growth and women’s rights.

"To think that Congressman Wolf was elected during the same election as Ronald Reagan, and still oversees such an important district that has seen tremendous changes, it’s time for a new voice," said Edward Blume, a Cabral supporter from Great Falls. "I don’t think he’s a bad guy, and he’s done some good things, but I think it’s time the 10th district take a step into this century."

Cabral credits her development from involvement at a young age in her school district’s Head Start program. Over the years she supported herself through grants, student loans, scholarships and part-time jobs to put her through college, where she was a Harvard classmate of Barack Obama.

"Even at the Virginia General Assembly level, we’ve seen this attack on women’s rights when it comes to their own bodies," said Evan Scott. "I think Kristin is the kind of person we want looking out for women, and families, in this district."

More information on Cabral can be found at www.kristincabral.com. 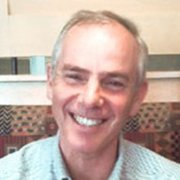 Kevin Chisholm grew up in a small town near Albany, N.Y. He attended Rensselaer Polytechnic Institute, where he received a degree in engineering. He moved to Northern Virginia in 1981, and has served as an environmental consultant in energy efficiency and conservation solutions, for private companies and governments. From 2003 to 2010, he was in charge of energy and utilities for Arlington County Public Schools. He is 55, is based in Leesburg and has two daughters.

CHISHOLM is running for the 10th district seat as an independent. He has lived in Northern Virginia for the past 31 years.

He describes himself as a "fiscally conservative progressive." An engineer by trade, he ran for the Arlington County Board as a member of the Green Party in 2010.

"I hear a lot about how our two-party system is broken and that people need to think about voting someone else in to affect real change, but in the next breath they talk about how it’s throwing away your vote to go third-party," said Boris Palidnor of Chantilly. "It’s easy to say that, but until we start actually casting the votes, any change is going to be a pipe dream."

Chisholm said he remembers hoping that the election of Reagan would mean a smaller government and less government waste, but he was disappointed. He supports a simpler tax code and energy policy reform.

Supporter Christy Pergola of Sterling said, "I think it’s evident that neither party has earned re-election, and maybe having someone like Kevin in a prominent, wealthy district like the 10th would open some eyes."

More information on Chisholm can be found at www.chisholmforcongress.com. 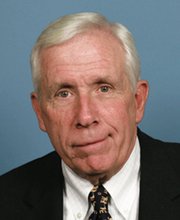 Frank Wolf is originally from Philadelphia, Penn., and attended Penn State for his undergraduate degree in Political Science in 1961 and received his law degree from Georgetown University in 1965. He also served in the Army Reserve from 1962-63. He became a legislative assistant to Pennsylvania Rep. Edward Biester from 1968 to 1971, and from 1971 to 1975, he was an assistant to Secretary of the Interior Rogers Morton. He was first elected to Congress in 1980. He lives in Vienna with his wife Carolyn, with whom he has five children.

WOLF was elected in 1980 when he defeated incumbent Democrat Joseph Fisher. Since then, Wolf opponents have only gotten more than 40 percent of the vote once since 1988, and Wolf’s last two elections were won by more than 20 percent. Since his first re-election, he has never garnered less than 57 percent of the vote.

"Congress has its historically low approval rating for a reason, but Mr. Wolf is one of the good ones," said Janet Paice of Oak Hill. "I think he’s been so successful through many different administrations and public moods because he comes across as genuine and not particularly partisan, which Congress seems to be becoming more of."

Wolf’s primary issues of concern are human rights and transportation. In August, he proposed a bill that would reduce the size of the Metropolitan Washington Airports Authority Board. Wolf called the board "broken and broken badly," and his bill also proposed to give Virginia a majority of seats on the board.

More information on the Wolf campaign can be found at www.wolfforcongress.com.