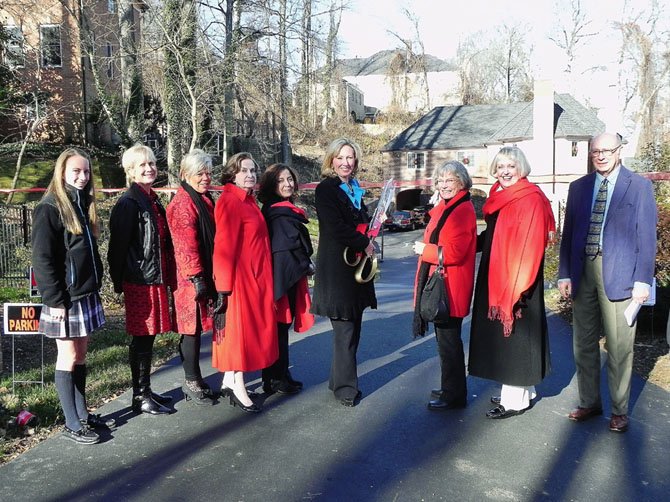 A ribbon-cutting ceremony kicked off last week’s 46th annual Holiday Homes Tour sponsored by the Woman’s Club of McLean. Virginia House Del. Barbara J. Comstock (R-34), honorary Homes Tour host, cut the ribbon to open the tour at the first home, which was located, along with three others, in the River Oaks section of McLean. After the tour, club

President Virginia Sandahl referred to it as “very successful,” adding that she had heard only “rave reviews.” Tour Chairman Kathlyn Burnell stated that the number attending the tour exceeded the numbers for several of the immediately preceding years.