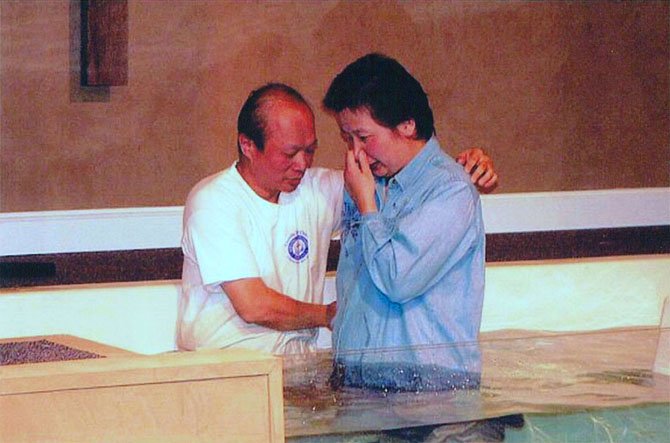 Pastor Isaac Huang vividly remembers the day he landed in the United States from Taiwan. It was Jan. 7, 1982, and Huang, 25, was looking forward to studying computer science at Old Dominion University. But when he arrived at Norfolk airport, he got a shock.

“We landed during a huge snowstorm, and I had never seen snow before. Snow? What is snow?” Huang said, smiling at the memory. “Remember that Taiwan has a tropical climate, so I was not dressed at all for this cold weather.”

Huang, who left his high-tech job for the seminary in 2000, is now an elder at Chantilly Bible Church, an evangelical Christian church that actively reaches out to Chinese, Latino and Indian immigrants.

BORN IN TAIWAN in the 1950s, during a time of brutal religious and political oppression, Huang said he desperately wanted to live in America. In 1949, the Nationalist government had imposed martial law. During nearly 40 years of what is known as “the White Terror,” more than 140,000 Taiwanese were imprisoned and thousands executed for being perceived as anti-Kuomintang or pro-Communist. 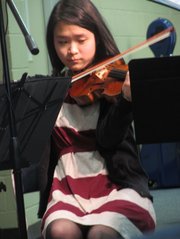 “I wanted to live in America; everybody did. I thought it would give me a good future, which I could not have in Taiwan,” Huang said. “I always admired the freedoms here and I appreciated the functioning of the American political system.”

Huang said he grew up in a Christian family that took a “legalistic approach” to understanding the Bible, with many "shall nots."

“My childhood was filled with physical illnesses and emotional struggles. Even though I attended church every Sunday with my parents, I rarely pondered the meaning of salvation and I did not feel much of God’s love,” he said.

In his junior year of college at Old Dominion University, that changed when he attended a campus evangelical fellowship meeting.

“During that meeting, I was deeply touched by the message and came to realize, for the first time, that I was a sinner, but Christ died for me and forgave my sin. As I put my trust in Jesus, my life was forever changed by God,” Huang said.

“He and his wife Ramona demonstrate great compassion for Chinese people who need to know Christ,” said Lewis Whittle, pastor to Hispanics and the church’s English as a Second Language director. Whittle said that after 20 years of development, the Chantilly Bible Church’s Chinese ministry now impacts every area of the church program and is the dominant minority in the 34-year-old church.

Since the 1990s, Huang said more than 150 Chinese have been baptized at Chantilly Bible Church. Some have returned to China, Taiwan or their other countries of origin, but many remain at the church. The church leadership also wanted to have an outreach to the growing Latino community, which was finally launched in 2004 when the Whittles joined the church after serving Hispanics in Los Angeles. As a member of the pastoral staff, Whittle, along with his wife Dianne, has actively engaged the Latino community.

“Our experience in addressing immigrant needs and our progress in welcoming them at the church proves the benefit of diversity,” said Whittle, who has lived in California, Central America and Spain.

In June 2007, Chantilly Bible Church began conversational English classes with volunteer teachers who speak Mandarin and Spanish. Their most recent term, Whittle said, included 128 students from 26 countries. A citizenship class is also part of the program.

Steve Austin, the senior pastor and founder of Chantilly Bible Church, said that the latest cross-cultural ministry to become part of the church focuses on the burgeoning Asian Indian population in Fairfax and Loudoun counties.

“Since the arrival and membership of several Indian families in 2007, key leaders like Manoj Mathai and Sujay Phillips have made Chantilly Bible Church the base for a creative outreach to this community. It even touches India through frequent visits that include evangelism and Bible distribution,” Austin said.  Whittle said all three of the ministries are an integral part of Chantilly Bible Church, and none plan to become separate churches.

“Chinese, Hispanics and Indians serve alongside North Americans at every level of the church. The children and youth programs are fully integrated. There are immense benefits for these second and third generations. Bicultural couples are comfortable at Chantilly Bible Church, and, as you would expect, mixed marriages are on the rise,” Whittle said.

IN FACT, THE CHURCH ATTRACTS so many immigrants that they offer headsets during worship services so those who speak limited English can listen to sermons interpreted in Mandarin or Spanish. And the songs are projected in English with Mandarin translations.

“Being bicultural and bilingual gives you a special joy in life,” Whittle said.

Huang said the language outreach is especially critical for older Chinese immigrants. “As first generation immigrants, we hold on to our Chinese identity. Chinese is still the mother language,” he said.

“The older Chinese, like me,” he said, smiling, “they need to hear the scripture in Mandarin, so it can enter their heart.”

Huang said his greatest joy is baptizing fellow Chinese immigrants. “For Chinese immigrants, wherever they come from, church becomes an attraction. They are longing for something they can't have in their homeland. It’s a very special moment. This is something people are afraid to do in Hong Kong or Taiwan. . . . I can’t express how happy I feel during a baptism,” he said.