Mount Vernon — Stephen D. Hayes, a Belle Haven resident since 1976, has written a fictionalized story that combines his love of sailing with his wartime experiences gained while serving for two years in the U.S. Navy in the Vietnam war. 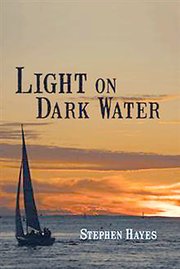 A decorated Vietnam veteran (Bronze Star and Navy Commendation Medal) Hayes is now retired and continues to enjoy his love of the sea on his sloop, “Born Too Free.” The local resident has used some of his time in retirement to write an action/adventure story, “Light on Dark Water,” about an ocean sailing venture that weaves his knowledge of sailing with his past wartime experiences that is both a fiction and personal memoir. The result is a story of a battle for survival at sea written by someone who witnessed the brutality of war firsthand during his service on the Mekong Delta waters of Vietnam. . “It is a story that has been in my gut for 43 years,” said Hayes. “It is good to now bring it forward.”

Hayes grew up in Wilmington, Del. and spent much of his youth sailing the bay waters of the Chesapeake. After college, he joined the Navy and served in Vietnam for two years, earning a Bronze Star and Navy Commendation Medal for heroism in combat. Upon his return to the U.S., he began a career in international development and public relations. He managed the public relations departments at several large trade associations and served as speechwriter for the U.S. Secretary of the Treasury. Now retired, he and his wife split their time between Lewes, Del. and Alexandria. 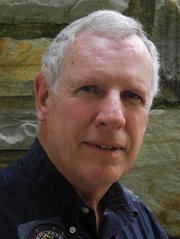 Readers interested in Hayes’ novella “Light on Dark Water” can purchase it through Amazon .com, or iUniverse.com, or check it out on loan through the Fairfax County or Alexandria city library system.