$14,000 in Prize Money Will be Awarded during September Exhibit

Potomac — The Bethesda Arts & Entertainment District and the Bethesda Urban Partnership will unveil the work of the finalists for The Trawick Prize: Bethesda Contemporary Art Awards in a group exhibition taking place Sept. 1-29, 2012. Eight finalists have been selected and their work will be featured at Gallery B, located at 7700 Wisconsin Avenue, Suite E.

Diane Szczepaniak earned a Master’s degree in art education from the University of Cincinnati and a Bachelor of Fine Arts from Northern Kentucky University. Her work has been shown in group exhibitions including SCULPTURE NOW 2012 at Pepco Edison Place Gallery in Washington, D.C., and InLiquid Benefit Auction in Philadelphia, among others and in many solo exhibitions. She was named a semi-finalist for Baltimore’s Sondheim Prize in 2011 and received an Individual Artist Award in Visual Arts: Sculpture from the Maryland State Arts Council in 2009.

The public opening reception will be held Friday, Sept. 14 from 6-9 p.m. in conjunction with the Bethesda Art Walk. Gallery hours for the duration of the exhibit are Wednesday through Saturday, noon–6 p .m.

The 2012 Trawick Prize jury includes Dawn Gavin, Associate Professor in Drawing and Foundations at the University of Maryland, College Park; B. Kelly Gordon, Associate Curator at the Hirshhorn Museum and Sculpture Garden at the Smithsonian in Washington, D.C.; and N. Elizabeth Schlatter, Deputy Director and Curator of Exhibitions at the University of Richmond Museums, Virginia.

The Trawick Prize was established in 2003 by Carol Trawick, a longtime community activist in downtown Bethesda. She is the past Chair of both the Bethesda Arts & Entertainment District and Bethesda Urban Partnership, and also the Founder of the Bethesda Painting Awards. In 2007, Trawick founded the Jim and Carol Trawick Foundation to assist heath and human services and arts non-profits in Montgomery County. 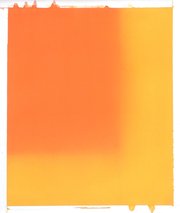 Diane Szczepaniak’s When I Was A Child.