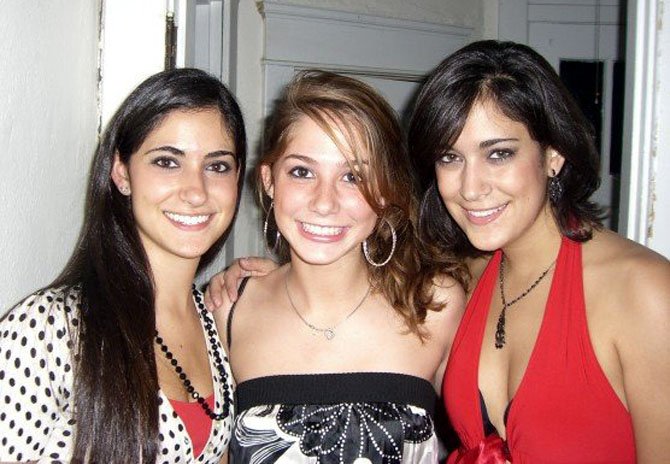 From left are Reema Samaha, her cousin Adrienne Fadoul and her sister Randa Samaha in November 2006.

A 2006 Westfield High grad, Reema Samaha was a talented dancer and actress. The daughter of Mona and Joe Samaha of Centreville, she was also one of the victims at Virginia Tech. Below, her father reflects on his feelings, five years after that tragic day

On April 16, it will be 1,826 days since Reema was killed. There is not a day that goes by that I do not think about Reema, her fellow VT classmates, professors and survivors.

There is not a day that I do not think of what we can do better as a society to make our institutions better in preventing school and campus shootings. Mona calls it my other full-time job.

Ken Feinberg [the attorney who oversaw the U.S. government's Sept. 11 Victim Compensation Fund] called it "God's work." I say it's the least I can do to honor everyone we lost on that fateful day who cannot speak or advocate for themselves. I know that those great kids and educators who died on April 16 would be doing this work if they had survived.

I know this because the survivors of April 16, 2007 have indeed dedicated their lives, in one way or another, to make this world a better place to live and honor the 32 [who died].

When I learned of the shootings at VT that morning, I heard the death toll on the radio. Two students killed. I immediately turned on the TV and, in a matter of minutes, the death toll was climbing. Eight, 10, possibly more. Reports of students being shot "execution style". Twelve, 18 — this can't be possible.

Oh wow, Norris Hall; it's in an engineering building. Reema couldn't be in an engineering building at 9-something in the morning. She has to be OK. So I called. No answer. That's OK; maybe she's in lockdown like she was the very first day of classes back in August 2006. A shooter who had killed two deputies was near the campus, and Reema had called me and told me that they were locking down the school and she was heading back to her dorm. I assumed she would be doing the same that day.

As the minutes passed and Reema was not responding to my calls, texts and e-mails, I decided to track her down through her friends and hall mates. Her roommate was doing a semester abroad. I also called our nephew, also attending VT, to search for Reema. He thought the same thing I did: She couldn't possibly be in Norris Hall. With each unanswered call I got more anxious.

I recalled that Reema had two morning classes and one on Monday was French. I called the French Department at VT and asked one of Reema's teachers if by chance there were any French classes in the morning? Her reply was yes, at 9 and 11.

My next question to her was, "Were there French classes given in Norris Hall?" "Yes," was her response. My heart dropped. I called Mona [who teaches] at Herndon Elementary School, and I told my children, Omar and Randa, that they had to come home. We were headed to VT to see if we could find Reema.

Our 90 mph journey on I-81 to find out Reema's fate began at 3 p.m. My heart was hopeful, but my mind was preparing me for the worst while keeping Mona, Omar and Randa encouraged. I knew deep inside that the news in Blacksburg was not going to be good.

[Now, five years later], I reflect on the victims' search for truth, accountability, apology and, ultimately, forgiveness. I reflect on broken bodies, broken hearts, broken minds from the tragedy and broken laws and institutions that must be addressed.

So as victims we can do one of two things: We can succumb to our grief or we can take action in it. Since June 10, 2007, many of the families of the survivors and survivors decided to choose the latter.

The Angel Fund was formed by my family to educate our community and Virginians about the "whys" and the "whats" of the causes of the April 16 tragedy and how we can address them. Safer schools and Safer Communities has been our motto.

Besides the Angel Fund, the families and survivors formed VTV Family Outreach Foundation, a 501c3 [nonprofit]; see www.vtvfamilyfoundation.org. The mission of VTV is to advocate for school and campus safety nationwide, as well as for outreach and help for victims of campus shootings and violent crime.

We are now creating, with the best school-safety minds in the country, a national program called 32 NCSI [National Campus Safety Index]. It is our trademarked, national program that will be launched sometime this year and will establish a standard for campus safety and security. Students and parents will want to review it when making their college choices.

It's a tall order. But then again, those we lost on April 16, 2007 deserve nothing less as their living legacy.

I have never looked back on the choices I made after [that] April 16. Though the daily hurt will never go away, Mona, Omar, Randa and I have always felt Reema is not far away. In fact, I feel she and the other [victims] guide us in what we do.

They, in a way, participate, and we keep their tremendous spirits involved. It's no longer about "us." It's about everyone else and what we can do to help them. It's about preventing another young person from being killed at school and another parent not having to shed a tear. There is no "self" any longer. There is the mission. I guess you can say this has been my therapy.

Mona and I handled the loss of Reema differently, as did our other children. Omar has been a public-safety advocate for some time now, and a Realtor, and is also enrolled in the MA [masters] Real Estate Program at Georgetown University.

Randa is an RN2 at INOVA Fairfax in the PICU [Prenatal Intensive Care Unit] and was just accepted to do her nurse-practitioner studies at George Washington University. We have learned that we can address the loss of a child or sibling by taking different roads — either through advocacy, spirituality, activism or resilience. But you should always hold hands throughout the journey and never let go.

I will tell any other family that you should not and can not go through such a loss without the support of family, friends, your community and their love. We are blessed to have had our Centreville/Chantilly/Herndon communities to lean on over these past 1,826 days.

From left are Reema Samaha, her cousin Adrienne Fadoul and her sister Randa Samaha in November 2006.