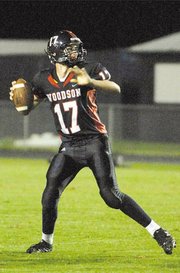 One player to watch this football season is W.T. Woodson quarterback Connor Reilly, who threw for 1,924 yards and 24 touchdowns last fall as a junior. Reilly has verbally committed to Temple. 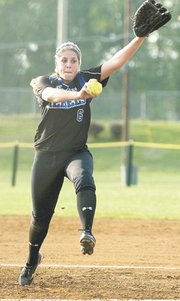 Rising senior pitcher Ashley Rollins, after recovering from a partially torn rotator cuff in 2008, returned this spring and helped the Fairfax softball team finish 14-8 after a 1-13 campaign one season prior.

With a staggering 126 wins since 2005, the Paul VI baseball team captured both Washington Catholic Athletic Conference and Virginia Independent Schools Athletic Association titles for the first time this spring.

Few program turnarounds can trump the reversal that the Fairfax softball team accomplished this past spring. From 1-13 two years ago to 14-8 in 2009, the Rebels showed that they are more than capable of competing with Centreville and Westfield in the Concorde District.

“We’ve always been at the bottom, and that’s what’s great: This district, it’s all up for grabs,” said first-year coach Corey Stokes.

Other programs at Fairfax had successful years without the need for much change.

The Fairfax girls’ swim and dive team, which won the region in 2007-08, graduated four outstanding senior swimmers after that group, paired together in the 200-yard medley relay, set a state record for the second straight year.

Titles continued to arrive at Robinson, with the girls’ indoor track and field, girls’ lacrosse, boys’ soccer and girls’ swim and dive teams all winning Northern Region crowns. More about Robinson can learned with the Burke Connection.

At W.T. Woodson, although the Cavaliers did not boast a region champion, several programs had impressive years, headlined by the girls’ lacrosse team. Led by first-year coach Meaghan O’Leary, the Cavaliers won the Liberty District and finished third in the Northern Region, advancing to the state playoffs.

A list of players to follow this year should include W.T. Woodson’s Connor Reilly, a strong-armed quarterback who committed to Temple; Fairfax softball’s Ashley Rollins, who, despite a partially torn rotator cuff in 2008, returned to stabilize the Rebels in the circle this spring; and Audrey Barry, a two-sport star at Robinson for both the girls’ soccer and indoor track and field teams.

Part of the ritual of moving to a new place is checking out the local high school football scene , or at least that’s the way sports-obsessed folks think anyhow. So, this fall, make it a priority to watch two local teams on the gridiron.

Behind the strong arm of quarterback Connor Reilly, W.T. Woodson should contend for a Patriot District title. While football certainly offers no guarantees, the Cavaliers’ Week 10 (Nov. 6, 7:30 p.m.) date with South County may have some serious playoff implications.