Getting To Know ...
Votes 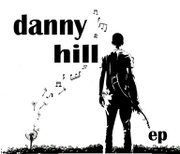 Danny Hill recorded and EP of his music.

A senior at James Madison University, Danny Hill is making himself heard in the world of music. After learning to play the guitar while at West Springfield High School, Hill began writing and recording his own music. He’s performed at a few shows in the Harrisonburg area and a radio station there played some of his music.

&lt;b&gt;Number of years in the community.

&lt;/b&gt;Twenty-one years. I was born and raised in Springfield and have lived in the same amazing house all my life.

&lt;/b&gt;My family consists of my mom, Joan; my dad, Barry; and my two older brothers, Andy and Timmy. They're the greatest people I've ever met.

&lt;/b&gt;I went to high school at West Springfield High School and now I'm currently a senior at James Madison University studying integrated science and technology with a concentration in energy and business technology.

&lt;/b&gt;My first job was working at a driving range in Kingstowne. I guess it's kind of hard to call that work though.

&lt;/b&gt;Besides music, I like to snowboard and surf whenever I get a chance. Other than that, I would say golf, horseshoes, car ball, anything fun with people I like.

&lt;b&gt;How would you describe your music?

&lt;/b&gt;I guess you could classify it as acoustic folk rock. My music is about what I know. The songs are about experiences I've had or people I know.

&lt;/b&gt;Music was always something I admired and enjoyed as a listener. When I was growing up, I was surrounded by great music, whether it was my dad playing The Beatles and Cat Stevens or my brothers playing Nirvana and Radiohead, I liked it all.

In high school, I decided to learn how to play the guitar. After that, I started to pick up new instruments like the harmonica. A few years later, I started to write my own stuff and, over the course of four years, I recorded an album.

&lt;/b&gt;Music is something I do for fun. That being said, my personal goal is to keep music as something that's fun. Lately, I've been getting some radio play in Harrisonburg and playing some small shows here and there. I'll keep writing and performing as long as I'm enjoying it and I'll keep sharing my music as long as people are enjoying it.

&lt;b&gt;How are you promoting your music? Where can people hear it?

&lt;/b&gt;The Internet is the biggest promotion tool I use. Other than that, it’s just word of mouth. I think it’s awesome how so many independent musicians like myself can be heard today without being signed to a major label or without spending lots of money on promotion tools.

People can hear my music at www.myspace.com/dannyhillmusic or can download my music at amiestreet.com/artist/danny-hill. I also have a music page on Facebook and always love to hear feedback.

&lt;b&gt;Who are your biggest influences?

&lt;/b&gt;Musically, I would say my influences range from artists such as John Lennon, Bob Dylan and Cat Stevens to current artists like Ola Podrida, Okkervil River and Damien Rice, any music that evokes emotion or has some feeling to it really.

Outside of musicians though, I would say my biggest influence comes from my family. My brother, Andy, runs a well known Los Angeles based music blog called AminalSound.com, so I get a lot of advice from him and my other brother Timmy is always giving me constructive feedback which is great. I think my parents might be some of my biggest fans, so obviously that's both encouraging and influential.