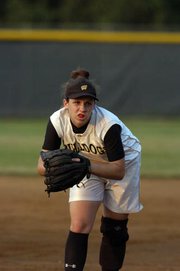 &lt;b&gt;Quotable:&lt;/b&gt; “It is going to be circus out there.” – head coach Dean Ferington.

&lt;b&gt;Outlook:&lt;/b&gt; For the past four years, the Westfield Bulldogs have relied on a force of nature on the mound called Linda Pirro. With her trademark sneer from the mound, Pirro has been one of the top pitchers in the Northern Region since 2003, striking out nearly 150 batters per season and harboring a sub-1.00 ERA.

The Pirro era official ended last spring, leaving a huge void for the Bulldogs to fill at pitcher. A few days before the season kicks off, head coach Dean Ferington is still cycling through ideas as to how to fill that void.

“I have four freshman right now that say they can pitch. My idea of pitching and their idea of pitching might be a little bit different,” said Ferington. “It is going to be circus out there.”

Ferington describes losing Heon and Jones as “a big blow,” but believes the Bulldogs will be able to deliver a more balanced offense all through the lineup this year.

“I think one through nine, we will be a lot stronger,” said Ferington, who will field at least five and as many as seven new starters.

The two sure-fire returning starters for the Wildcats will be senior catcher Elizabeth Jones and senior third baseman Anna Munizza.

As for a goal for this year’s young squad, “If we get to the regional tournament, that means that we are playing well and we are in a good spot,” said Ferington. “We are at the point right now where we are learning to tie our shoes.”