Food for Body and Soul
Votes

Food for Body and Soul

Darrin Ho and Aashish Bhimani are partners in the creation of a new vegan menu at the Asian Grill. 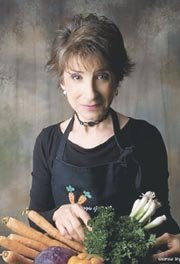 Contrary to popular opinion, the vegan diet is not limited to the oft-neglected vegetable side dishes that surround the standing rib roast on an omnivore’s table. In fact, diet is only one aspect of veganism.

Veganism consists of more than a strictly plant-based diet that is not only free of meat, poultry, fish, dairy, eggs, but all foods that contain any animal-derived ingredients. In addition, clothing, furniture, toiletries made from an animal by-product are also off limits for a vegan.

"The food we eat impacts global warming more than transportation," said Aashish Bhimani, a volunteer for an organization called Compassion Over Killing. "As more and more people are getting concerned about how their personal actions affect others and are looking for ways to reduce their carbon footprint, they are eating more vegetarian and vegan foods."

"The market for veganism is also growing because of the cruelty aspect," said Bhimani. "Animals are chained and put in crates so small that they can’t even turn around." In their confinement, they are forced to live in conditions of suffering and disease.

Veganism is not only beneficial to animals and the environment. A vegan diet offers numerous health benefits.

"Most vegans typically have lower rates of high-blood pressure, cancer, and obesity, as well as a longer lifespan," said Danielle Omar, nutritionist and dietician who practices in Fairfax. Although the potential danger of nutrient deficiency may occur for some maintaining a vegan diet, access to supplements and fortified foods minimizes that risk, adds Omar.

"Opt for fresh, high quality foods as opposed to processed foods," said Omar. "A balanced diet that consists of beans, fruits, vegetables, grains, nuts and seeds, and not just solely one or the other is also important. It takes a good amount of educating yourself and your children to make informed and healthy choices when maintaining a vegan diet."

Mimi Clark of Fairfax Station styles herself as a "Veggie Gourmet." She describes veganism as more of a philosophy and lifestyle, in which diet is only one way of advocating a belief system that revolves around a lifestyle of compassion for life and all sentient beings.

The affect of veganism on the environment also cannot be ignored.

"I’ve been some sort of vegetarian for the past 25 years," said Clark. "When I found through further research that there was a one-to-one correlation on diet and disease, I decided to give up poultry and fish."

CLARK PLAYS an active role in educating the public about veganism. For the past 19 years, she has been teaching vegan cooking classes. They are offered one Sunday a month on rotating topics. "I am a cook who is passionate about plant-based cooking," she said.

Having reaped the health benefits of a plant-based diet, and read the literature on the impact that her diet has on animals and the environment, she wanted to teach others and spread the word.

"I see myself not as an activist but as an advocator," said Clark. "I show people how to take what they miss and make it in a healthier, more nutritious fashion. Deprivation is not what [a vegan diet] is about. I try to simulate what people liked when they weren’t vegetarian or vegan. If I can make it as tasty as what it used to be for them, they are happy. Anything you like, I can make vegan. Anything."

For those who are considering becoming vegan, the transition does not have to be immediate. "You don’t have to go cold turkey. You can do it gradually," said Clark. "You can start by eating meat less frequently. Vegetarian chili is great because people often do not miss the meat."

For those who miss the meat-like texture, Clark recommends various soy products. Tofu is a versatile meat substitute that can be prepared in a variety of ways to produce different textures. Tempeh is one of the healthiest forms of soy because it is fermented. Seitan, which is cooked wheat gluten and the main ingredient of mock meats, is another option for those who are allergic to soy.

ANOTHER METHOD of making that transition is through ethnic cuisine. Restaurants that specialize in Indian, Mediterranean, or Ethiopian cuisine are bound to have bountiful vegan and vegetarian options. Local restaurants are also expanding their menus to include vegan options.

Darrin Ho, owner and chef of Asian Grill in Springfield, and Bhimani worked together to introduce a new Chinese-inspired vegan menu this past February.

With the growing vegan population, Ho was very receptive to the idea to serve an under-served community of local vegans in the area.

The reception from the public has been enthusiastic from both vegans and non-vegans alike, said Ho and Bhimani. "All of my non-vegetarian, non-vegan friends rave about the vegan menu," said Bhamini. "My former boss, who is a hardcore meat and potato guy, tried the vegan mock chicken, and he couldn’t tell the difference with the chicken," said Bhamini.

"We prepare the vegan mock meat dishes with the same ingredients and in the same style as the meat dishes on our regular menu. We use the same kind of soy sauce and spices," said Ho.

For an example, the vegan chicken dish can be prepared in a variety of styles and flavors found on the main menu. The customer is offered the choice of Thai basil, black pepper, black bean, sesame, Hunan, orange, Kung Pao, General Tso, or mixed vegetable sauce.

All of the items on the vegan menu have zero-cholesterol, which appeals to people who are seeking more heart-healthy options in their restaurant dining options.

In addition to vegan chicken, Asian Grill also offers vegan shrimp and vegan beef on its menu. Among a various choices of side dishes are parchment broccoli and crispy eggplant with garlic sauce. Bean curd, or tofu, is also offered and served Szechuan style. Ho also recommends the vegetable lettuce wrap for a light and nutritious appetizer.

Ho is constantly looking for inspiration in his travels to increase vegetarian and vegan options on his menu. "I went to China and Hong Kong to learn how to prepare vegetarian dishes," said Ho. "They had even more variety of vegetarian options in Hong Kong. I am always experimenting with new ingredients and I hope to expand my vegan menu in the future."